At My Book Therapy, our goal is to help you get published and stay published. We believe in our product, but just don't take our word for it. Just look at the authors who have come through our membership. 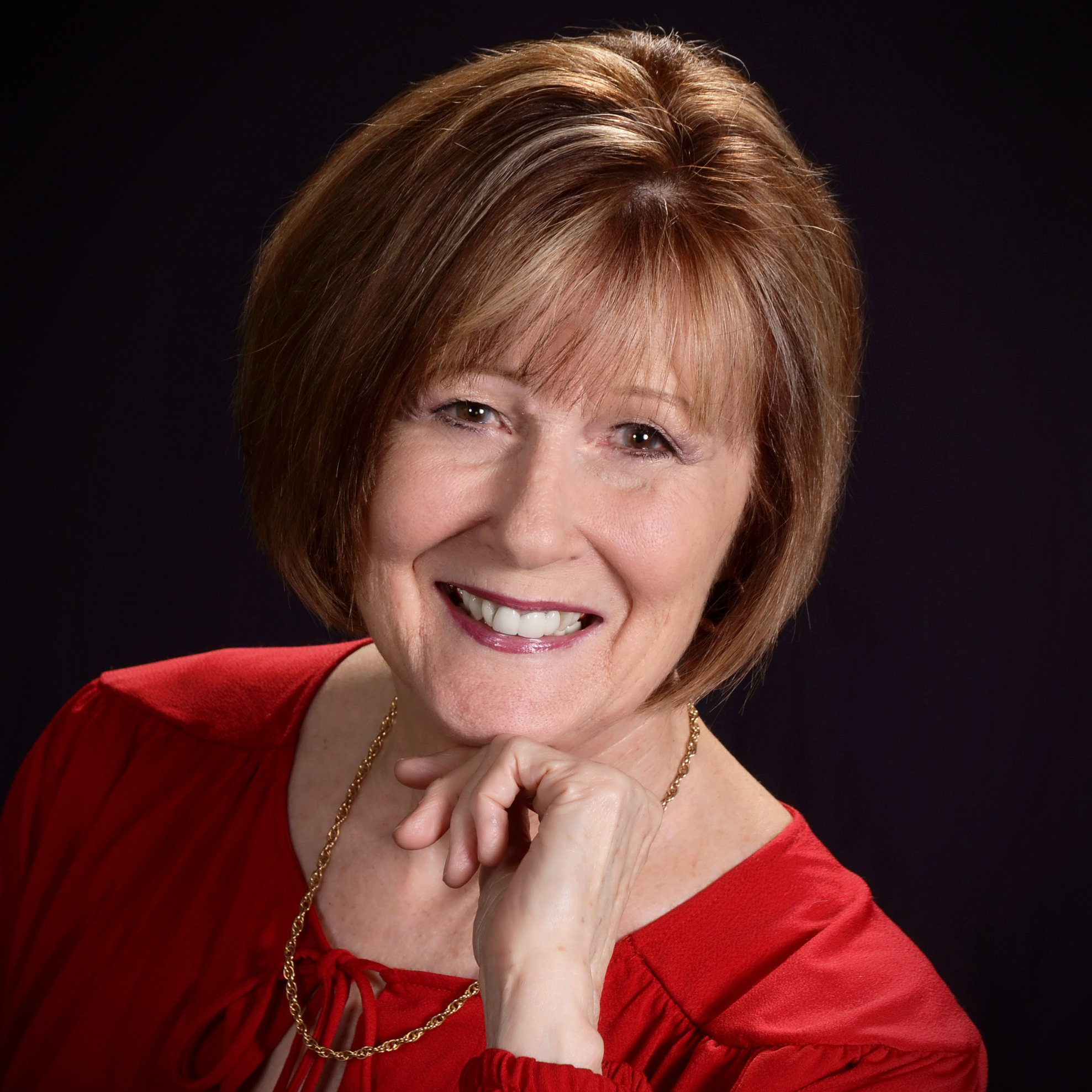 I attended the first Deep Thinkers Retreat in 2010 and learned so much. Following the retreat, I was front and center on the My Book Therapy Monday night sessions, learning more of the craft from master teacher Susan May Warren. In 2012 I received a contract for my first book from my dream publisher.

I am beginning my fourteenth contracted book, and none of it would have been possible without Susan May Warren and My Book Therapy. Susie poured herself into teaching me, an unpublished writer, how to improve my writing. Her training and encouragement made all the difference. 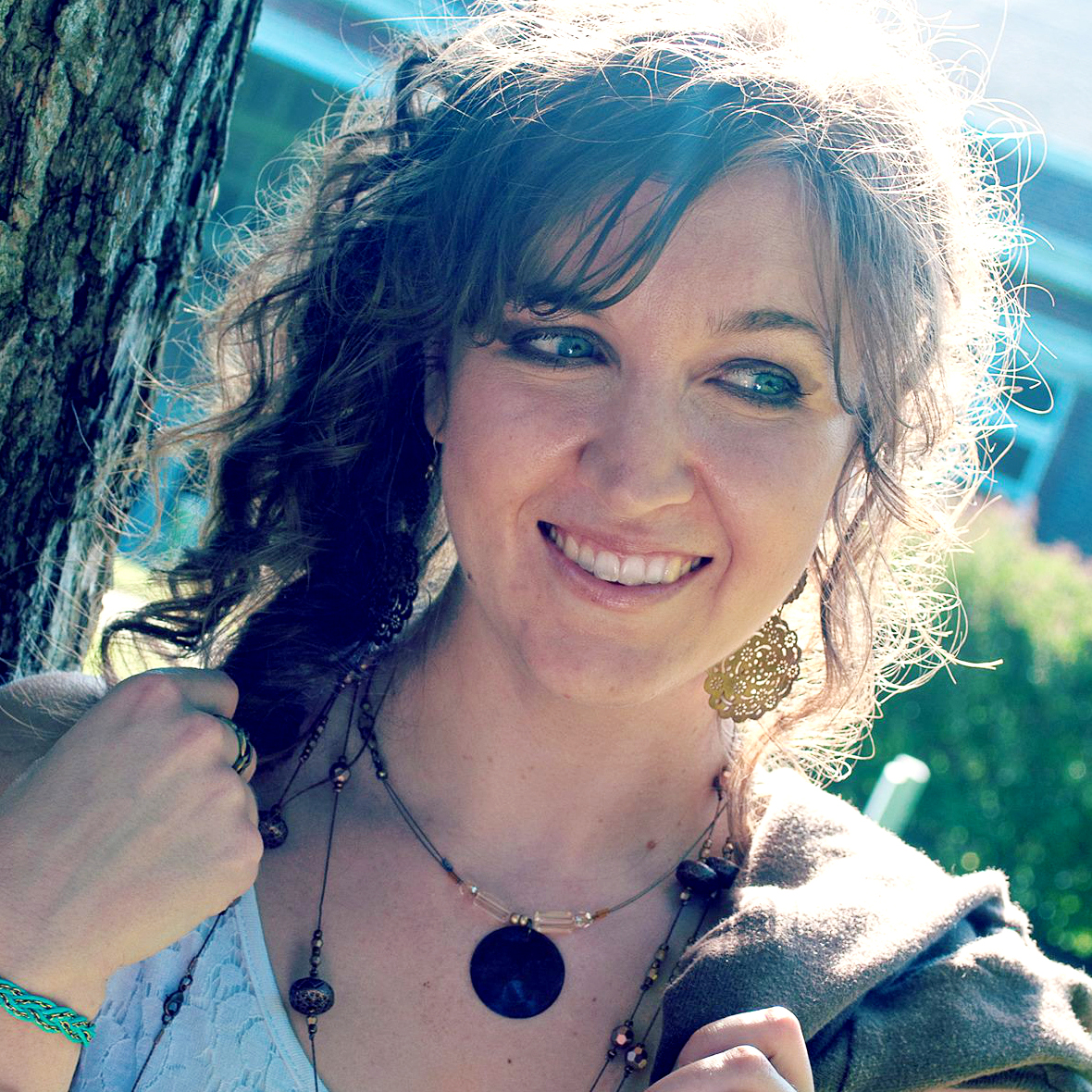 I attended my first MBT event in the fall of 2009—and I can truly say it changed the course of my life. The teaching fed my love of stories and my desire to grow as a writer...and made my dream feel within reach. And in the years since, the mentoring, friendships and support I've received through MBT has challenged, inspired and uplifted me in countless ways. I'm more grateful than I can say for Susan May Warren and her team who have helped make my dream a reality! 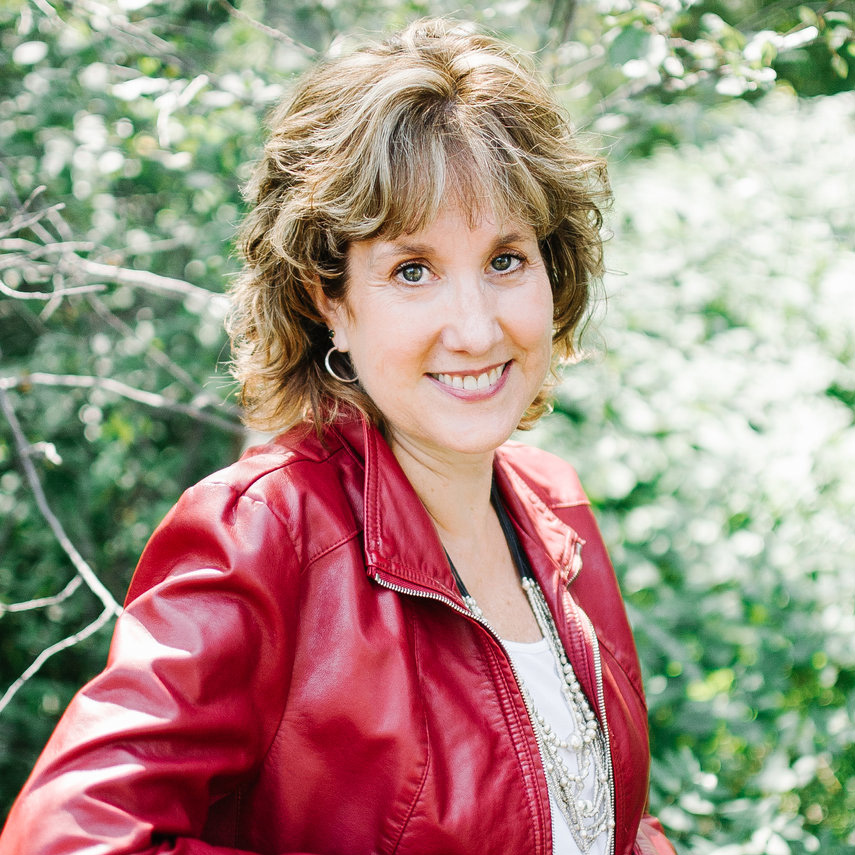 I attended the first StoryCrafters Retreat, having decided to pursue fiction after being a nonfiction writer and editor. While there, I realized I had a lot to learn -- and that Susan May Warren knew how to teach novel writing. One life-changing moment came at 2 a.m. We were scattered around tables working on our scenes -- yes, in our pajamas -- and Susie looked up and called my name. Then she said, "Beth, you can write fiction." Little did she know I'd been praying for confirmation about whether I should keep on this fiction writing path or not. Her words were an answer to prayer. In the months to come, Rachel Hauck also became a trusted mentor who taught me so much about the writing craft. 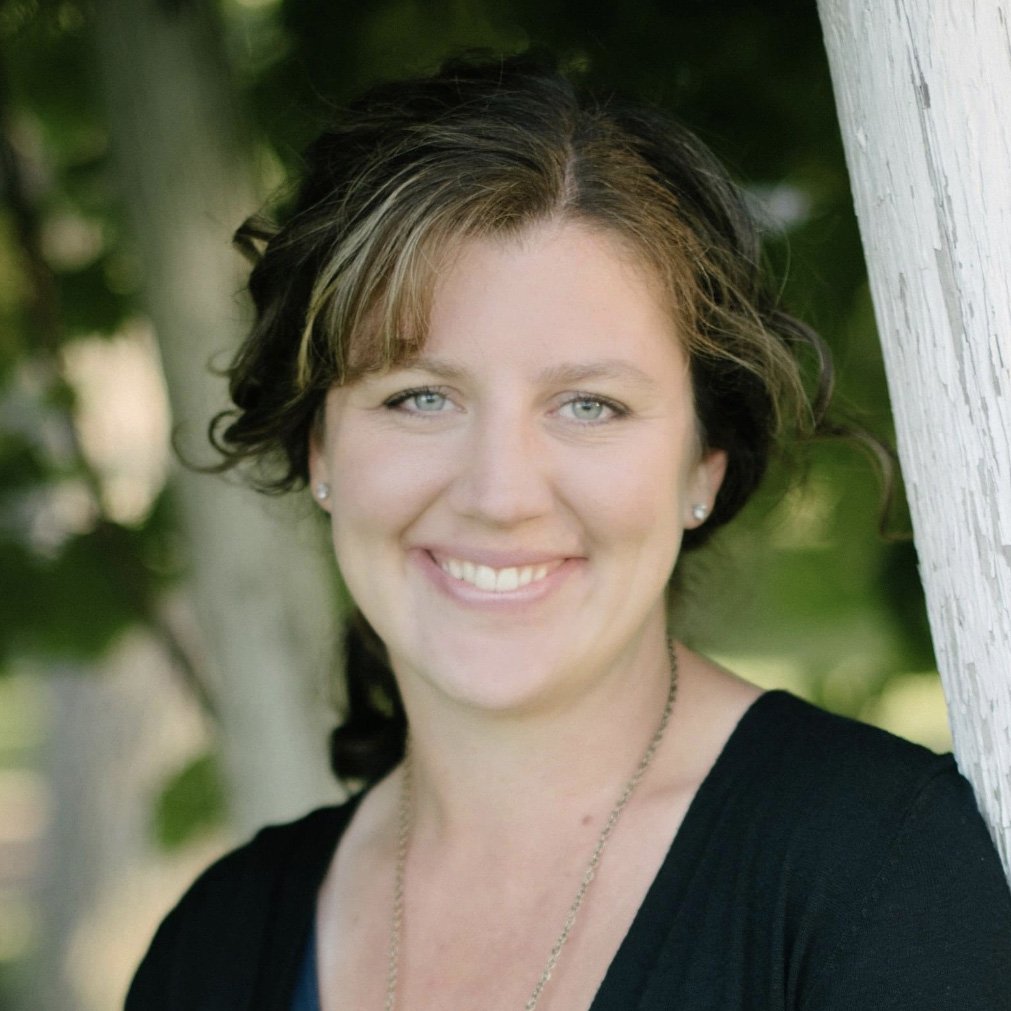 In 2012, I had a lifelong dream to be a published author—but I had no plan or idea how to even pursue that dream. That year, I learned about My Book Therapy and immediately purchased several workbooks written by Susan May Warren. For the first time in my life, writing a full novel made sense! Susie’s teaching clicked in my brain and I immediately had a game plan. I not only knew how to write a book, but how to pitch the idea to agents and editors, and how to proceed once I was contracted. Since purchasing the workbooks, I’ve attended both the Storycrafters and Deep Thinkers Retreats. I’ve also been part of the weekly peptalks and read countless blog posts by Susie and others on the My Book Therapy website. I attended several events at ACFW and have spent hours working through story problems with Susie. Since my first book released in 2015, I have had seventeen books published by three major publishing companies—with five more slated to release next year. I’m convinced I would not be where I am if it wasn’t for My Book Therapy. MBT and Susan May Warren have not only changed my life, but they’ve changed the lives of my family, too. 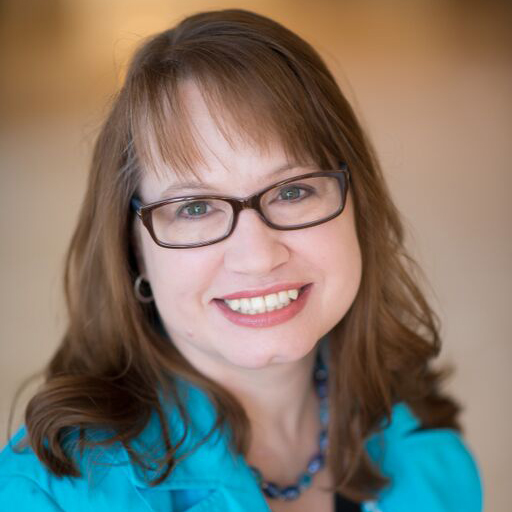 I have been with My Book Therapy since its inception, and thanks to MBT, I am living my dream as a published author. The skills I've gained under the mentorship of Susie May Warren and Rachel Hauck have enabled me to write stories that promise hope & happily ever after. From the weekly Peptalks to the friendships I've gained and the organizing insights from the Brilliant Writing Planner, I believe My Book Therapy is the total package for the writer who wants to grow a brilliant writing career. 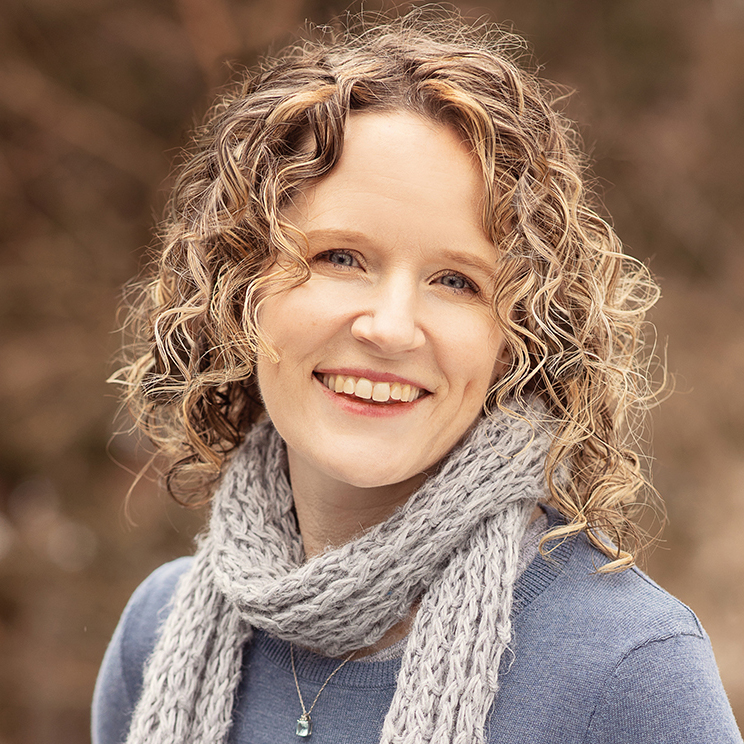 My Book Therapy's teaching is the only reason I am published. My agent was amazed how the My Book Therapy teaching kept my voice but helped strengthen my story structure. My Book Therapy has also provided me with a strong community to support me on the journey. Without the support and the teaching, I would have never found a publishing home for my stories. 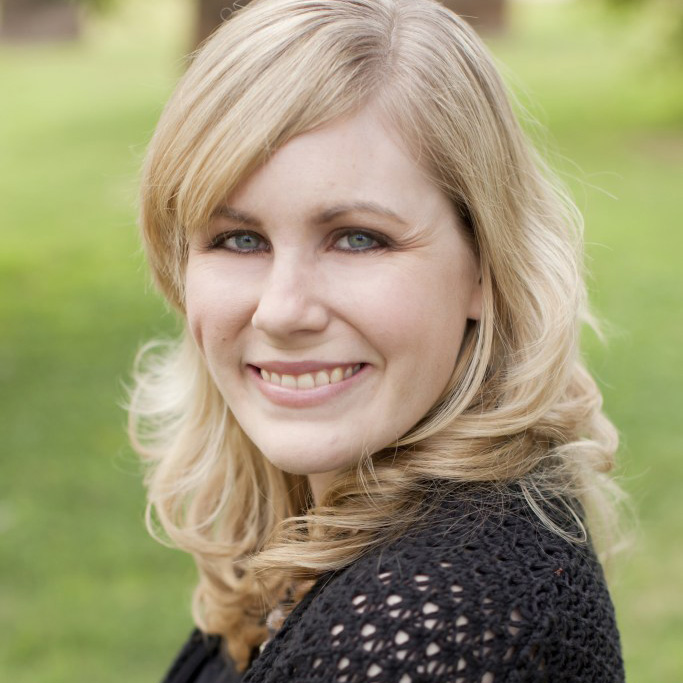 I attended multiple Deep Thinkers retreats as well as the Storycrafters retreat, and put in a lot of intense years of learning craft. It took a lot of hard work, but MBT's way of teaching made sense to me. I benefitted greatly from the feedback of the teachers on my manuscripts and their marketing and business knowledge. I have no doubt that I would not be published without MBT's help. 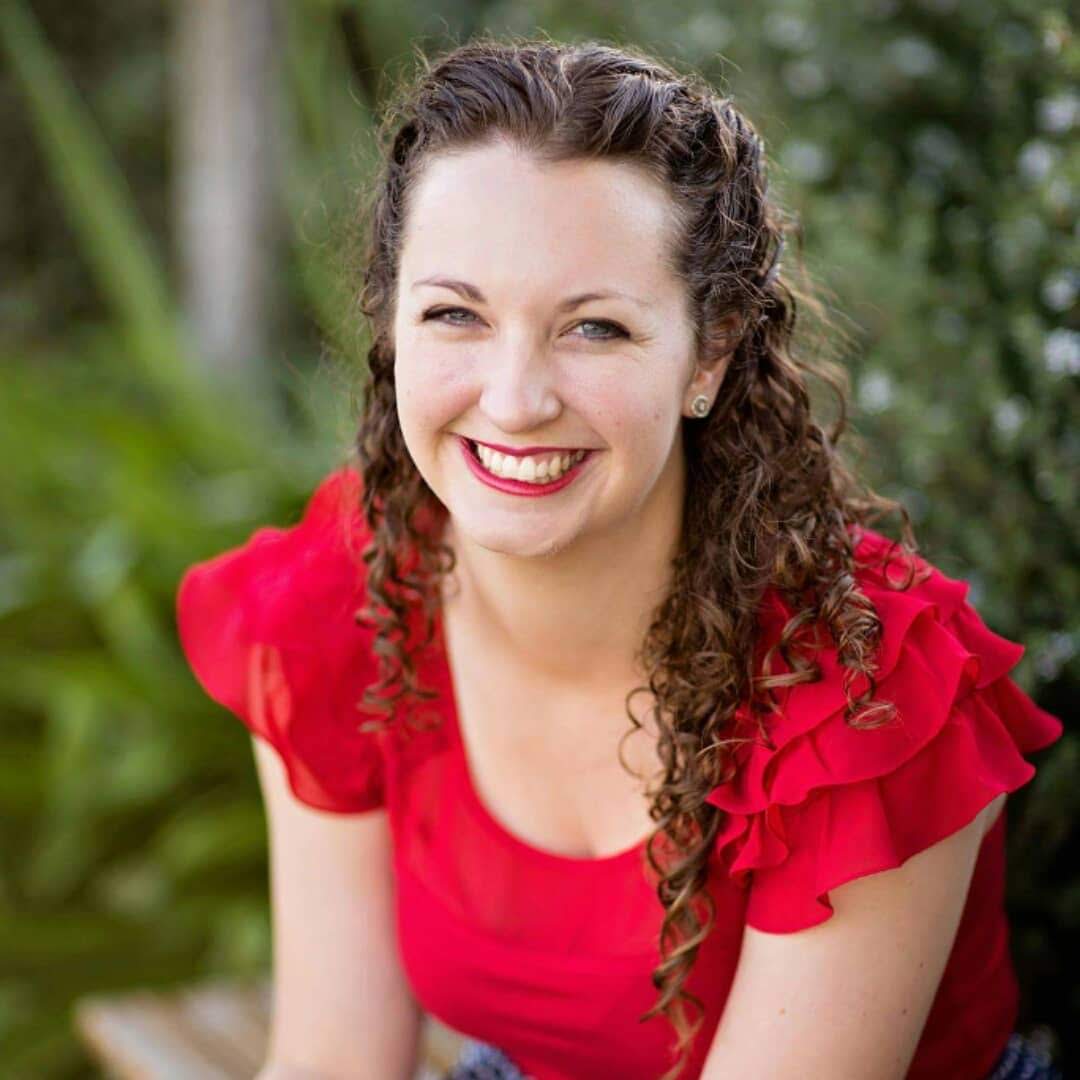 My Book Therapy's teaching still forms a big part of my process for approaching every book! From using a dark moment story to deepen my characters to constantly reminding myself to use description for all 5 senses, these are all things I originally learned at My Book Therapy! 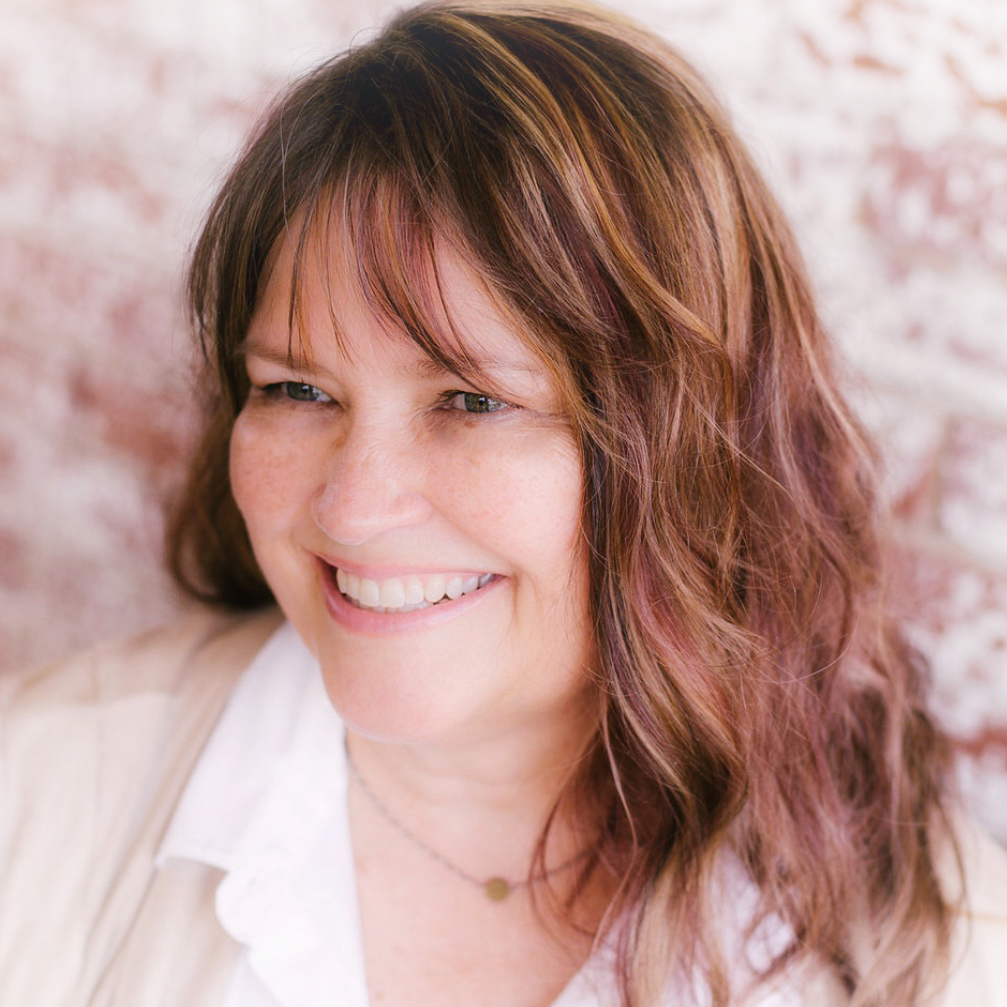 The mentoring I've received from Susie May Warren and My Book Therapy has equipped me to follow my dream of being published. They've encouraged, equipped, and empowered me to follow God. 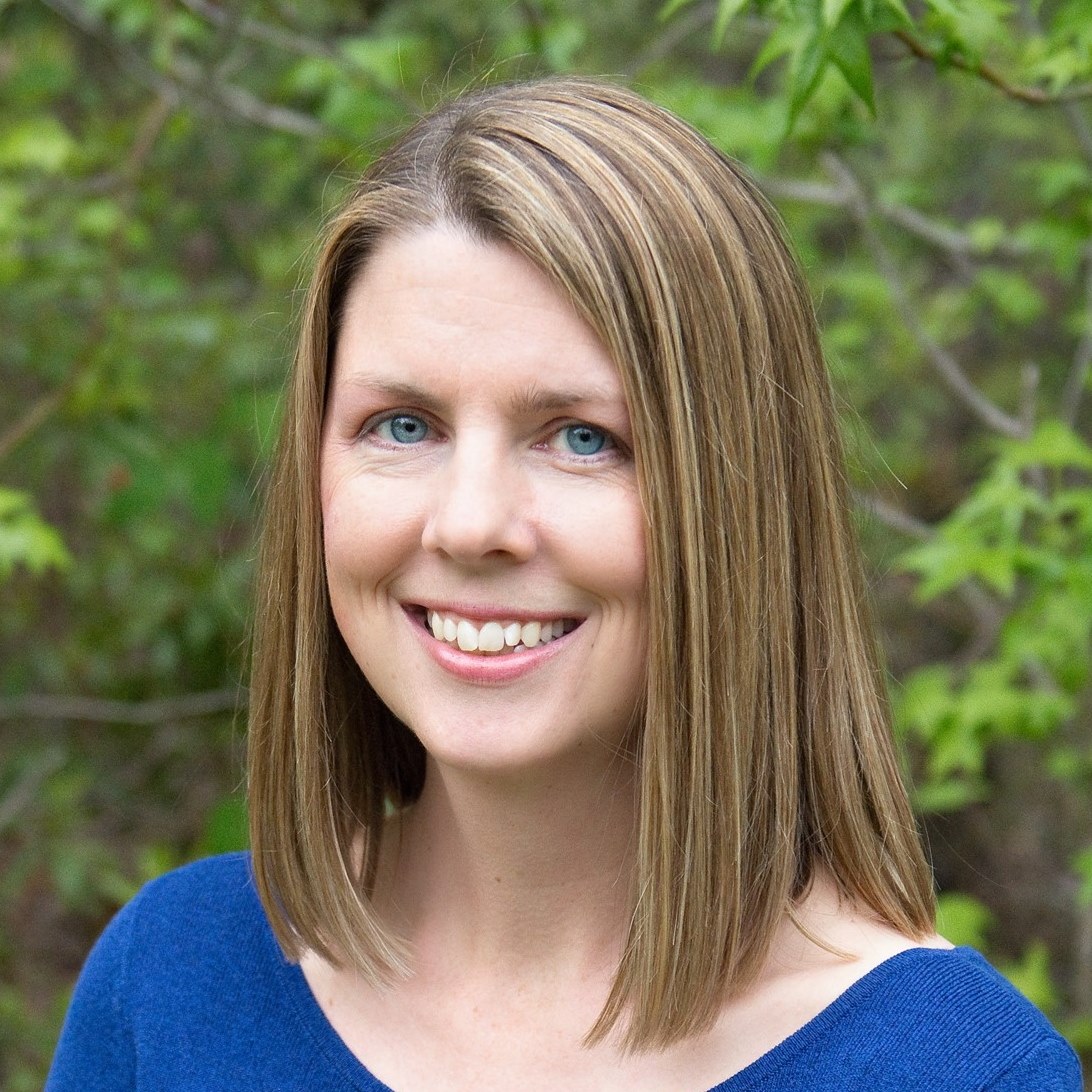 I would not be published without My Book Therapy and Novel Academy. I likely would've given up without the interaction through classes Susie and Rachel have taught at ACFW in the past six years. Beth Vogt's What is the Story Question presentation, which I first heard in a free Monday night pep talk years ago, was the catalyst that introduced me to MBT. From there, I've gleaned as much information as possible through Novel Academy and the pep talks. Here's my top 5 list of beneficial teaching that helped me get published: Beth's talk about the story question, learning the SEQ, Susie's one-on-one consulting via the Storycrafters workshop, setting and evaluating writing goals, walking closely with the Lord during our writing journey. Thank you SO MUCH, MBT and Novel Academy. I am forever grateful for the countless hours you've faithfully spent teaching us the craft and the business of writing fiction well (while writing and publishing incredible novels of your own). 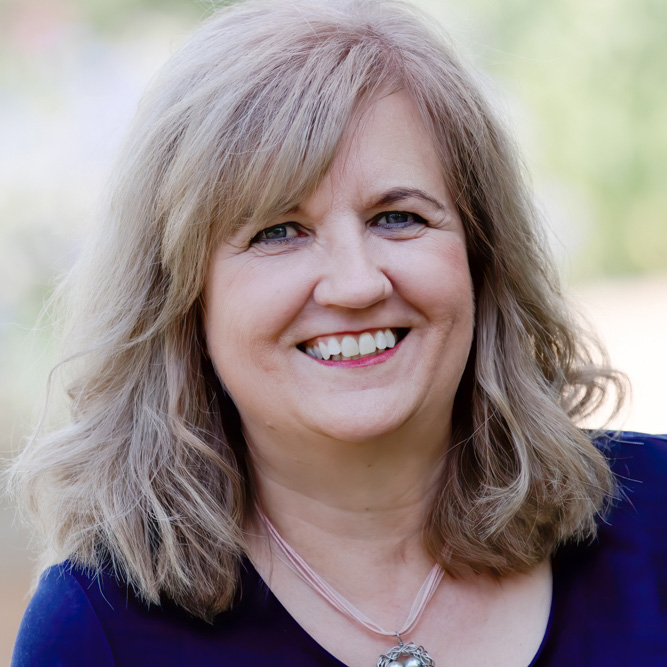 Although I'd already published 3 novels, I felt a bit stuck. My publisher had discontinued its fiction line. I attended the Deep Thinkers Retreat in February 2019. Rachel and the others in our group helped me develop my WIP and I'm pleased to say "Rose Among Thornes" will be released from Iron Stream Media in 2021. I especially benefited from learning the "Lindy Hop" method of plotting. 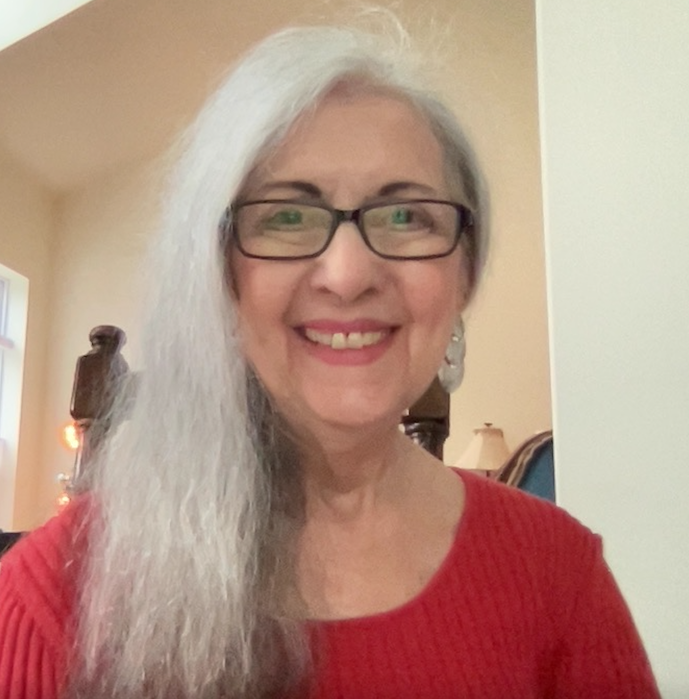 2011 RWA Heart of the Rockies Award

Novel Academy was the catalyst in moving my writing career to a new level of excellency through craft, community, and creative inspiration. 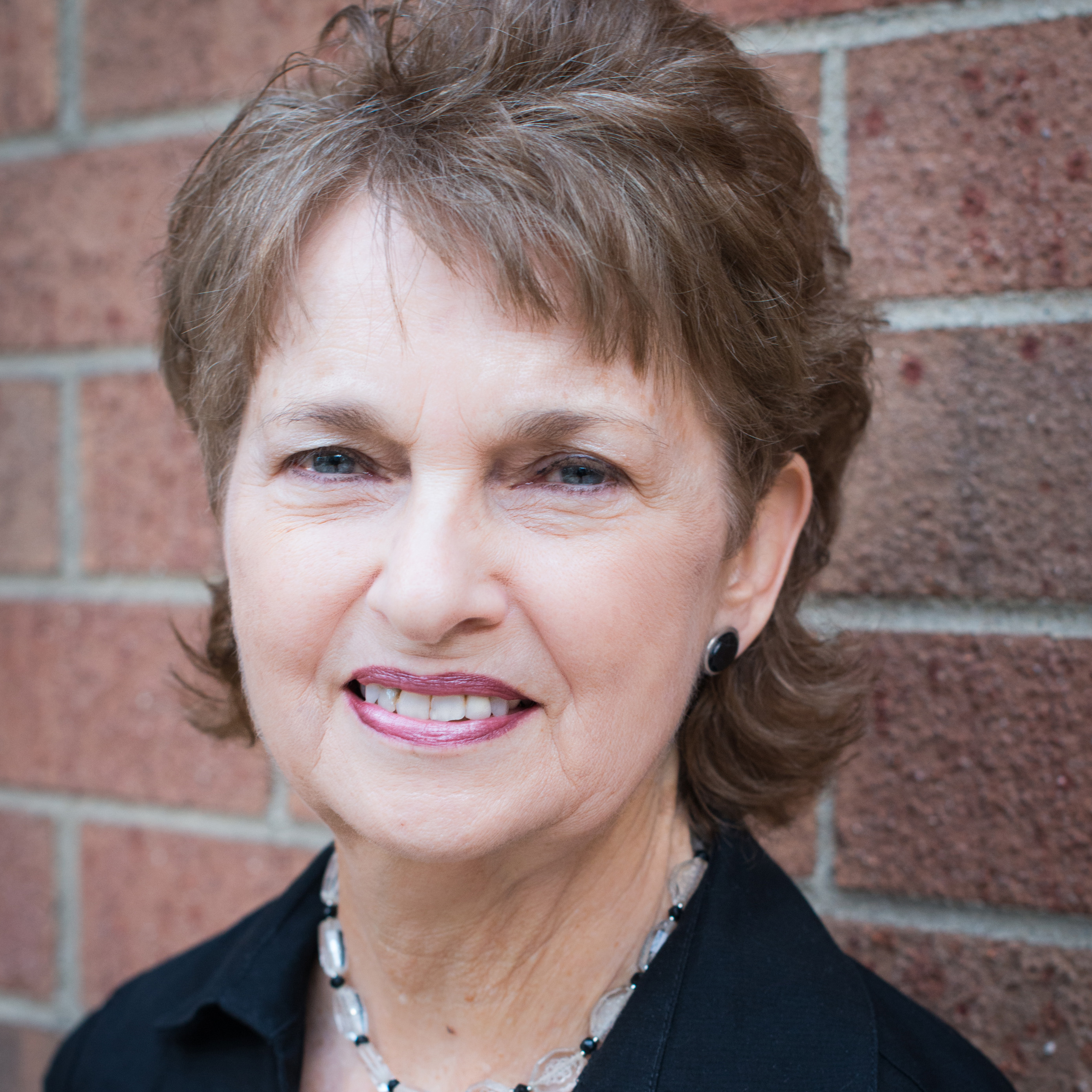 I would not be published if it weren't for My Book Therapy. I have benefitted from Peptalks, StoryCrafters with Susie May and probably most helpful in plotting and character development was participation in DEEP THINKERS RETREATS with Rachel Hauck and Susie May Warren! 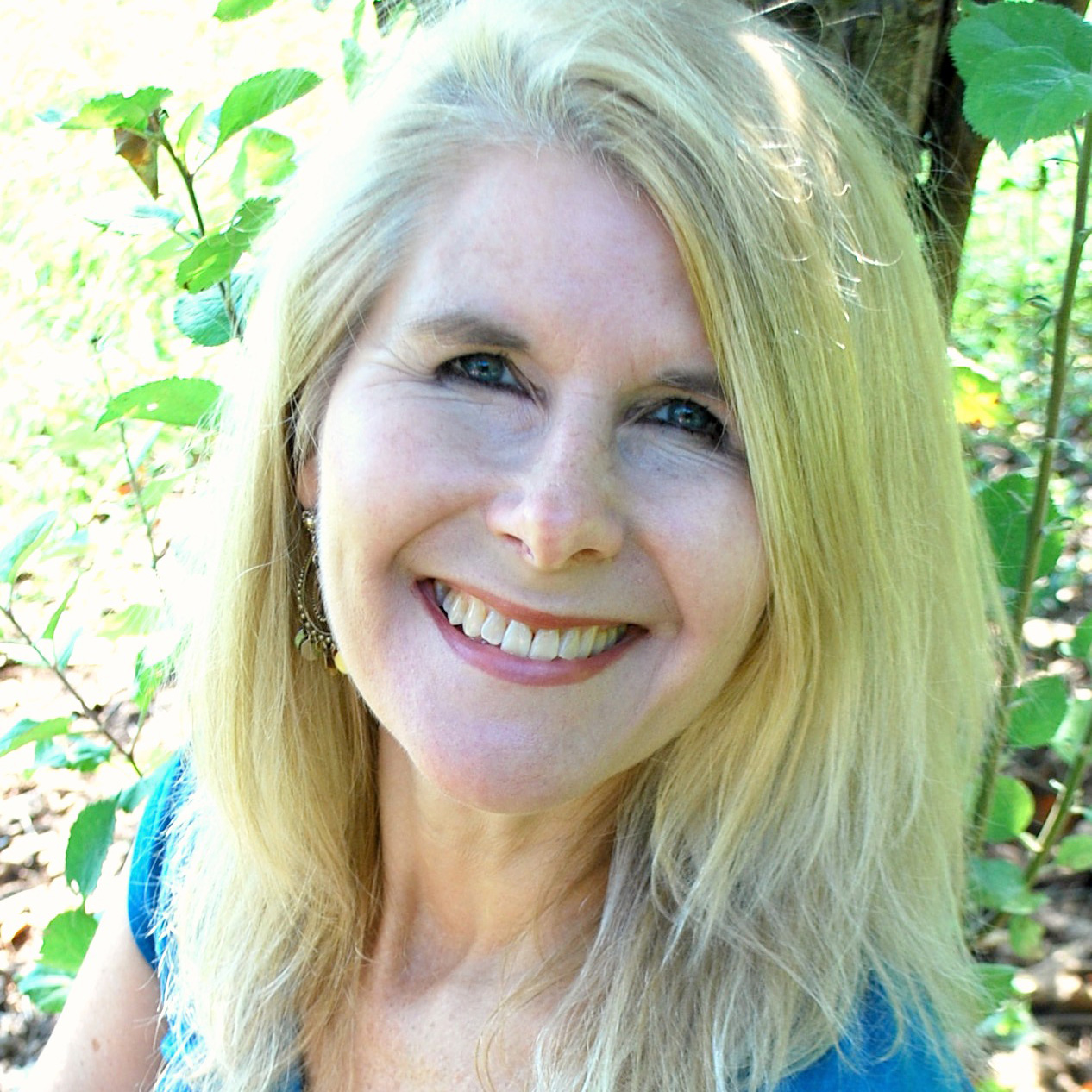 When God first called me to write a book in 2012, I had a two things: a story idea and the sound of random dialogue among fictional characters in my head. What I didn't have was knowledge of how to craft a compelling story or the need to create relatable, sympathetic characters. Head hopping sounded like a mental disorder and POV like a Russian cocktail. During my first conference in 2013, I met Susie May Warren who taught on how to write a romance. Gotta say, the title of her presentation, Kiss and Tell, caught my attention. So did the slick little brochure on 5-day intensive writing retreats she was hosting in Destin, Florida. If I was going to take God's call seriously (and I was) I knew I had work to do. As a direct result of attending five Deep Thinker's Retreats and participating in Thursday night My Book Therapy peptalks for the past several years, I received my first contract in 2015, debut released 2019. I was represented by an agent for two years and have completed several manuscripts for future publication. There is no price that can be placed on the camaraderie, prayer support, novel writing experience, instruction and feedback offered through My Book Therapy. It's one of God's very best ideas! 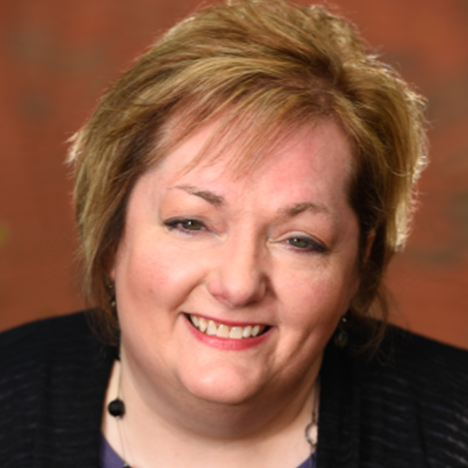 When I knew I wanted to write a book, I didn't know where to start. I Googled "How do I write a novel" and up popped My Book Therapy and the StoryCrafter course. After signing up, I thought, what have I gotten myself into? But through the courses, I learned how to craft a well-thought-out story. After attending Deep Woods Writing Camp in 2017, I not only was able to network with other aspiring authors but the week-long intensive coaching and teaching lit a fire in me. I was a finalist at the Blue Ridge Mountains Christian Writers Conference as well as the Touched by Love contest sponsored by the Faith Hope and Love chapter of RWA. Then in 2019, I attended the last Deep Thinkers Retreat. At that time, I still wasn't published yet. I prayed the Lord would give me affirmation that I was on the right track. Not only did He give me one instance, He gave me multiple affirmations that this was what I was supposed to do. And on top of all that, I was able to connect with more writers and have gained multiple friendships. Friends whom I can call to help me talk through a plotting issue or simply share a prayer request. All the teaching and coaching have resulted in my first published novel! I want to keep learning and growing as a writer, and Novel Academy has been instrumental during this entire journey! Thank you!